A Trip to the Moon

A Trip to the Moon or Voyage to the Moon (French: Le Voyage dans la lune) is a 1902 French black-and-white silent science fiction film. This is a restored hand-colored print. with a new soundtrack by the French band Air.

A Trip to the Moon or Voyage to the Moon (French: Le Voyage dans la lune) is a 1902 French black-and-white silent science fiction film. It is based loosely on two popular novels of the time: Jules Verne's From the Earth to the Moon and H. G. Wells' The First Men in the Moon.

At a meeting of astronomers, their president proposes a trip to the Moon. After addressing some dissent, six brave astronomers agree to the plan. They build a space capsule in the shape of a bullet, and a huge cannon to shoot it into space. The astronomers embark and their capsule is fired from the cannon with the help of "marines", most of whom are portrayed as a bevy of beautiful women in sailors' outfits, while the rest are men. The Man in the Moon watches the capsule as it approaches, and it hits him in the eye.

Like many of Méliès's films, A Trip to the Moon was sold in both black-and-white and hand-colored versions. A hand-colored print, the only one known to survive, was rediscovered in 1993 by the Filmoteca de Catalunya. It was in a state of almost total decomposition, but a frame-by-frame restoration was launched in 1999 and completed in 2010 at the Technicolor Lab of Los Angeles- and after West Wing Digital Studios matched the original hand tinting by colorizing the damaged areas of the newly restored black and white. The restored version finally premiered on May 11, 2011, eighteen years after its discovery and 109 years after its original release, at the 2011 Cannes Film Festival, with a new soundtrack by the French band Air. 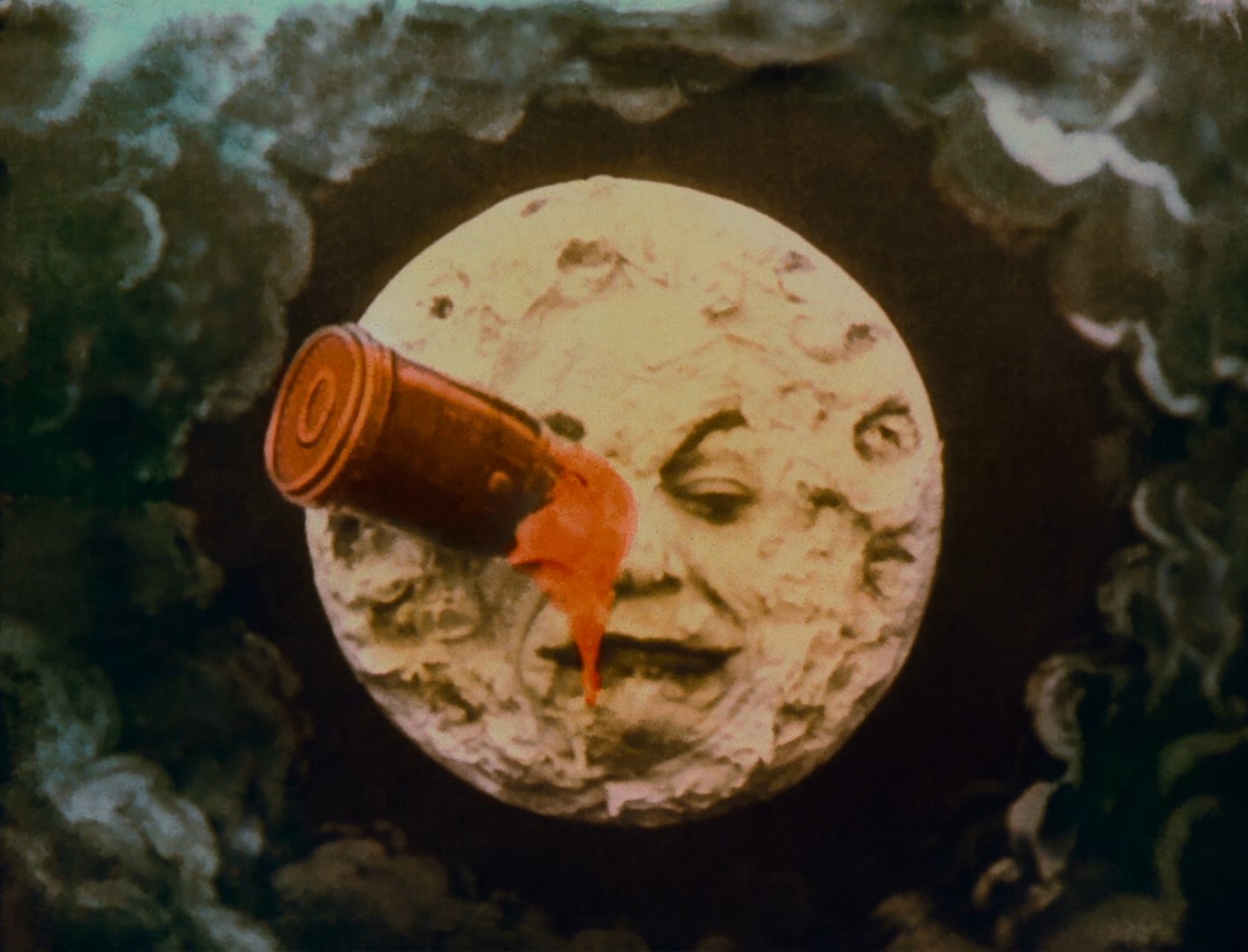