An experimental documentary exploring the fate of grand Soviet-style buildings and monuments erected during the communist era (1945-89) in countries in Central and Eastern Europe. Moving along the spiral from Moscow to Berlin, Warsaw, Prague, Bratislava, Budapest, Bucharest, Belgrade, Pristina, Tirana and Sofia, the film mixes and fuses the past and present conditions of administrative buildings, museums, monuments, working class homes, communist party headquarters, hotels, and panel housing projects. The series of ten short films examines the often dramatic changes in public attitudes to these relics of our recent past, which were built with the intention that they would last forever.

Film was released in September 2017. Prague premiere on 29 September in CAMP / World premiere on 6 October 2017 at ArchFilm Lund Festival in Sweden. 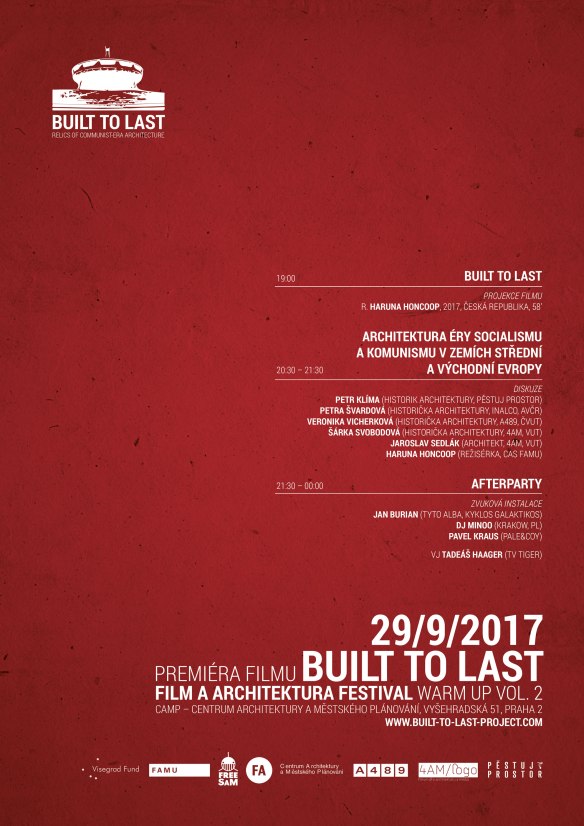