The creation of the Warsaw Ghetto as seen from both sides of the Ghetto wall, and its legacy in today's city. New light on a tragic time of division, destruction and mass murder, incorporating unknown amateur 8mm found footage and survivor testimony.

In 1941, in German-occupied Warsaw, soon after the creation of the Warsaw Jewish Ghetto by the Nazis, a Polish amateur 8mm camera enthusiast shot a remarkable 10-minute film from both sides of the Ghetto walls. This never before seen footage is woven into “Warsaw: a City Divided”, acting as a silent witness to the tragedy of the wartime division of the city and the murder of its inhabitants. In this story of a city, Ghetto survivors and witnesses, who still call Warsaw their home, recount their extraordinary memories, while architects, urban-historians, and the Chief Rabbi of Poland examine the chilling Nazi vision for Warsaw. Making use of little known German documents, “Warsaw: A City Divided” sheds new light on the insidious Nazi process of division and resettlement that culminated in the near total destruction of this once vibrantly multicultural city, and in the death of hundreds of thousands of its inhabitants. At the same time, it shows a thriving modern city still coming to terms with a traumatic period of its history. By interweaving rich material from the past with glimpses of present-day Warsaw, both its human face and its urban fabric, it affirms the importance – and the difficulty – of remembering. 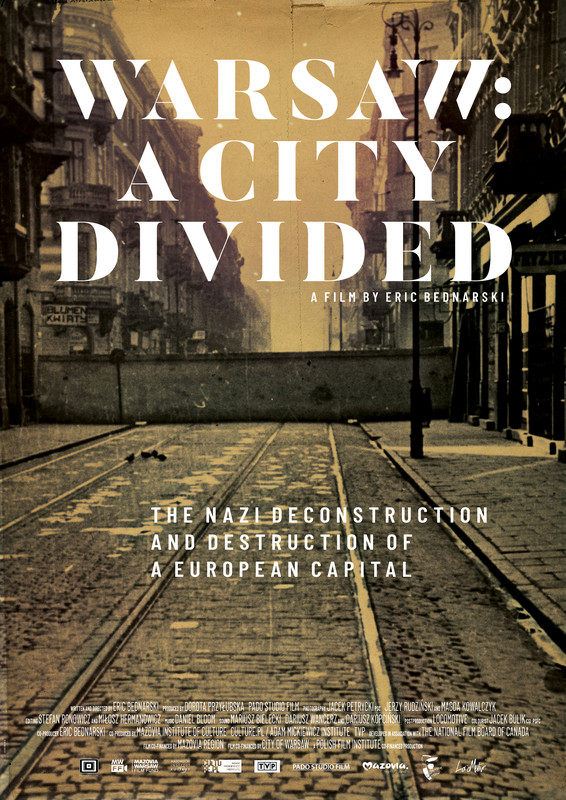